We are sponsored by Wonder Horse Supplement... for more info see 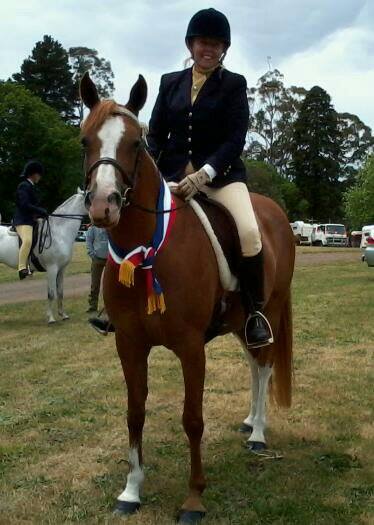 DAYLESFORD AGGI SHOW 2014: Thought we would support the arabian classes this year, as we haven't been able to get to this show for many years. Lovely country show, and this time I took Aldersyde Miss Chandon. She won her led purebred mare class, and ended up Champion Led Arabian. And this was my first time out under saddle with her, we bombed out, due to the harness classes starting next to us, but really she was a gem prior to this!! and we stood and watched many harness classes afterwards, for her confidence. 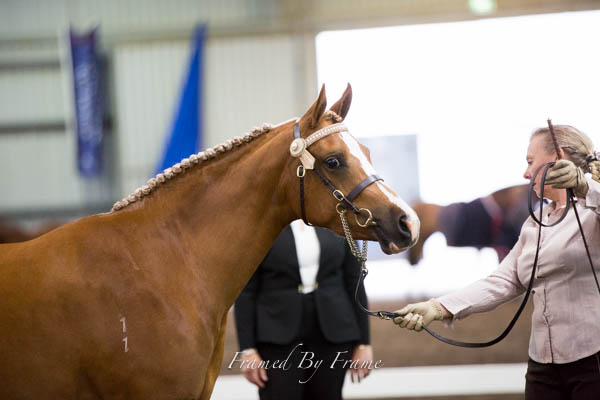 TANZARA was Reserve Champion junior partbred, and was 4th in another led class A/O I think it was!!

NOV 24-25TH 2013 APHA NATIONAL SHOW.  Bringelli Commet and I had a great weekend in Bendigo at the Pally Champs. On both days he won the best mane and tail class for geldings. He won the pleasure ridden, and the costume class. On the sunday he also won his led gelding class and got the champion led gelding over 14hh, and a second in his ridden class!

NOV 10TH 2013: Aldersyde Tanzara was shown at a local open horseshow, in 3 rings, she earned a championship, and 2 reserve championships under 3 different judges.

ROYAL GEELONG SHOW 2013: Aldersyde Tanzara went to her first outing for the season and was 3rd in her Arabian derivative 3yo and under class.

LEIGH DIST HRCAV SHOW  MARCH 2013:  Commet and I had a good day yet again, we were called in, in many classes, and I won my rider class in one ring and gained reserve champ mount most suitable for HRCAV in the other ring. 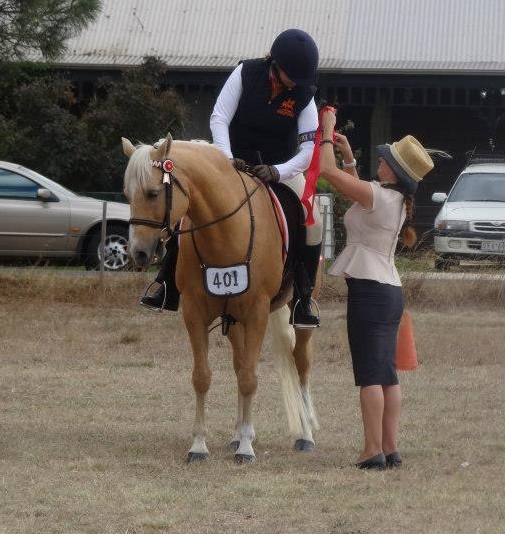 BERWICK AGGI SHOW 2013:  Bringelli Commet and I had a weekend away to Berwick. We had palomino classes, & 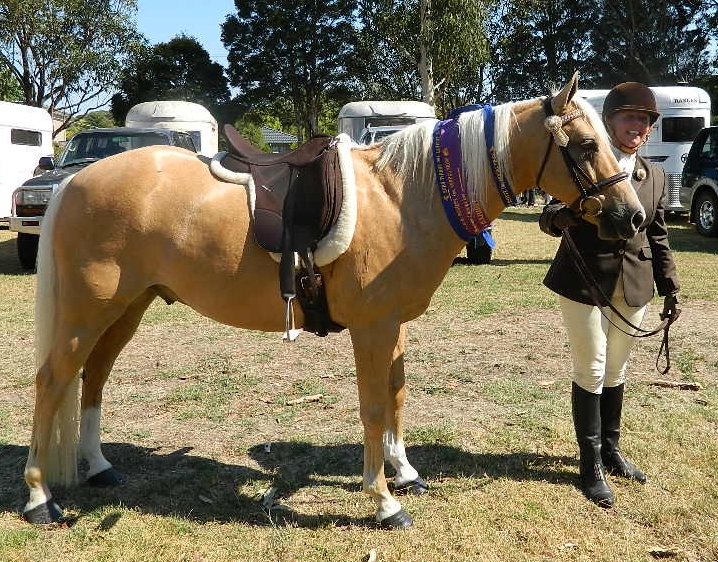 open colored classes on both days, as well as Riding Club classes on the sunday. We came home with 4 Reserve Championships, and a ridiculous amount of 1st and 2nd ribbons. The photo was taken on the saturday after my morning classes!! I didn't realise what else was coming later that afternoon!!

BARASTOC 2013: Bringelli Commet and Aldersyde Tanzara competed in their classes. Zara won her derivative 3yrs and under class, and Commet won the best mane and tail class for palomino males, he also was 4th in the body color class, third in led palomino gelding , and 3rd in ridden palomino showhunter. It was our first Barastoc together! 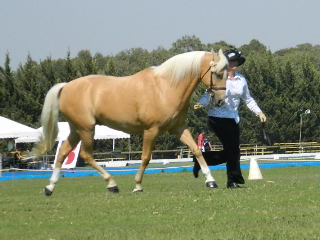 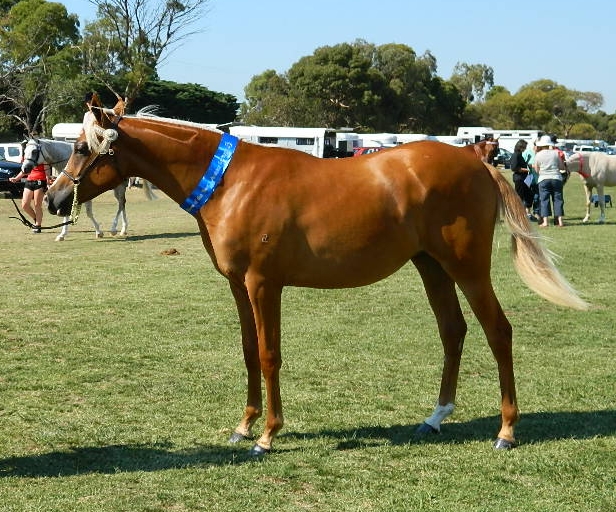 Dec 2012: Aldersyde Tanzara competes at her first Arabian show, WDARAB inc. in the crabbet ring, she won champion crabbet bred mare or filly. She had many admirers! 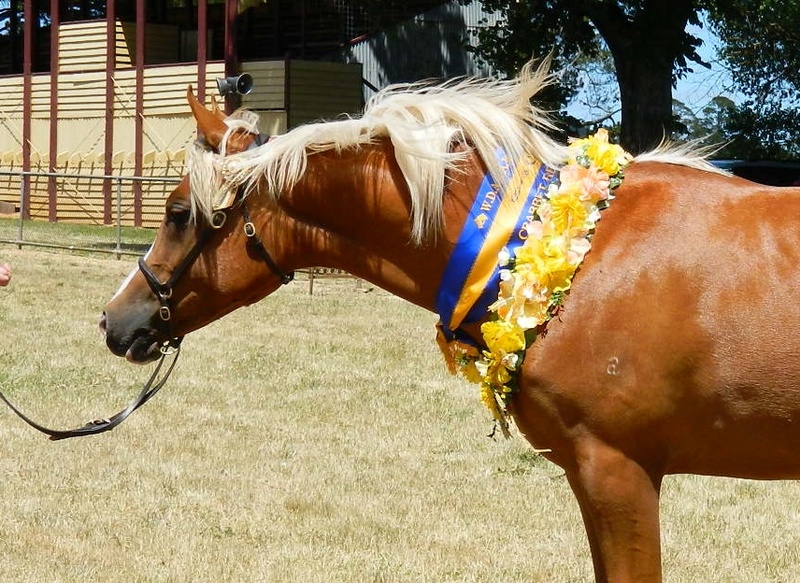 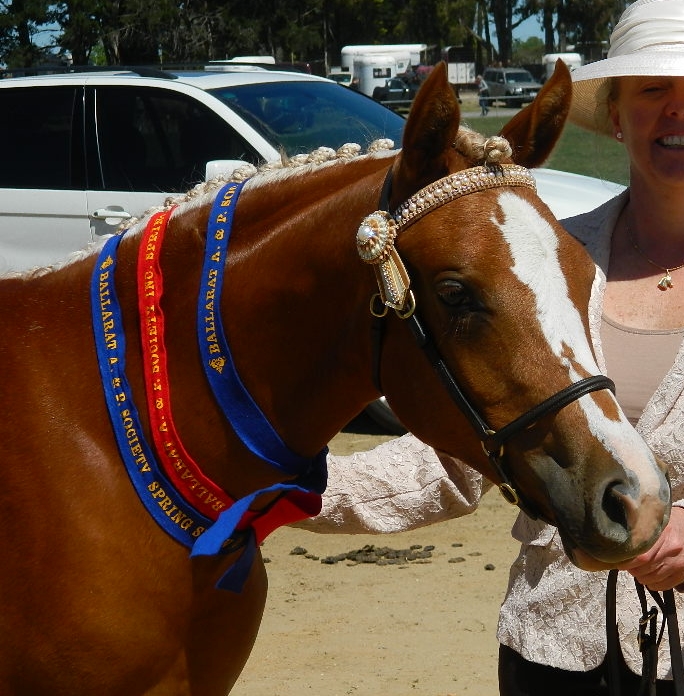 July 2012: Bringelli Commet has succesfully completed his very first endurance training ride at Smythesdale Vic. 20km and all vetted in well with a good heart rate too. GO WONDERHORSE COMMET!!!

Dec 2012: Bringelli Commet was awarded his Diamond award with the APHA inc. it is a beautiful blue sash with rosettes on it, and also a mary pinset bronze horse head trophy.

Nov 2011: Harley's first Derivative foal is born!! Out of Aldersyde Tanzee we have a chestnut filly 3/4 arabian. interesting marking on her face, but very good legs and super nature. See pics in photo gallery.

Nov 2011: Shandy has been broken in by Justin Sterley, and we are now enjoying a new chapter for her. She was graded for HRCAV level 4 last week, took it all in her stride, and is quiet under saddle and eager to please.

14/03/2010: Aldersyde Resemblance was awarded Reserve Champion Arabian exhibit at a local open horse show held at Inverleigh. It was good to see the arabian pure bred classes supported by all sexes. (Pictured below.) 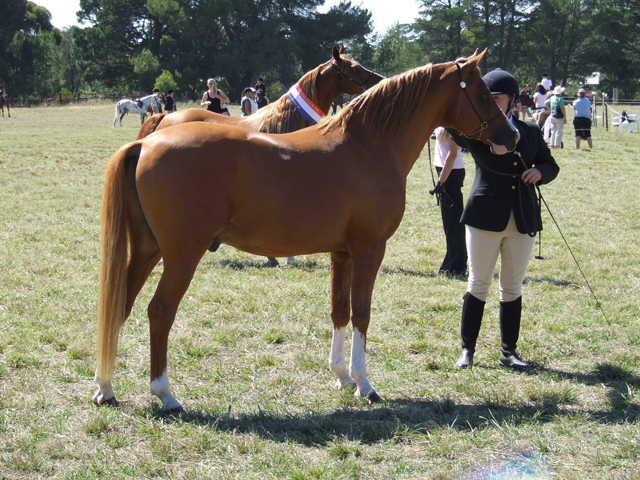 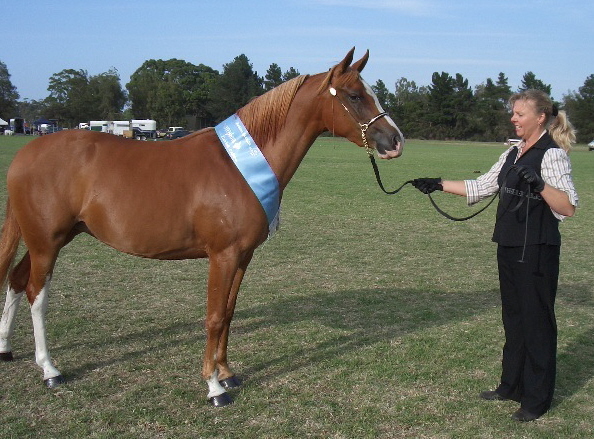 7/3/09 Aldersyde Miss Chandon was shown at our local Youngstock Show it was open to all breeds under 3yo. She was Champion Arabian Exhibit, and also reserve Champion galloway 3yo and under in another ring.